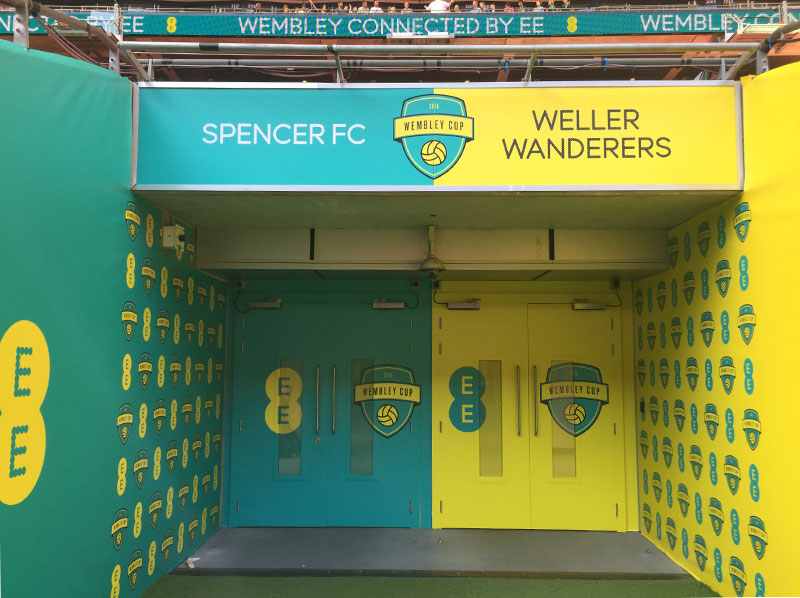 If there ever was proof that we are living in an age of celebrity culture, then you only had to be at Wembley Stadium on the 2nd September to realise it's proof that we are. The crazy thing is who the celebrities actually are that will probably surprise nearly everyone who was born before the year 2000!

As usual, the home of football hosted its main event with football stars like Roberto Pires, Jay Jay Okocha, Robbie Fowler, Jamie Carragher, Stuart Pearce, Martin Keown etc. No surprises there. These stars were sprinkled among a group of young men who have made their fame through YouTube, Twitter, Instagram, and other forms of social media. This came in the form of a football charity match. The proceeds would go to the Bobby Moore Fund. Still no surprises. In fact, the surprises were held back for when the teams were introduced to the crowd, full of young people born after the year 2000, flanked by their parents, of which I was in attendance with my son, Corey.

When our beloved stars of footballs yesteryear were introduced to the adoring fans, the crowds showed appreciation for the fact that these guys were legends and rightly so, their presence was acknowledged. However, when the social media stars were introduced, the first big surprise of the night was experienced! The atmosphere exploded into what I can only described as pandemonium amongst the young people. The social media stars got a bigger reception than the football stars! I was left scratching my head in wonderment! How could this be?

The game kicked off and every pass from the former football stars was intricate and measured. You could see that the ex Premier League players had still got it, even if they were a couple of pounds heavier than their prime! Jay Jay Okocha was his usual self with more tricks than a court jester, teasing his opposition, Jamie Carragher was taking no prisoners with a tough tackle and a sharp elbow for whoever came near him, and Robert Pires made those blinding combinations that he became famous for during his time at Arsenal. However, when the social media stars got anywhere near the ball, the crowd would go into a frenzy for their heroes to touch the ball. Even when the subs were warming up, parts of the crowd would come rushing down from their seats to get a glimpse of a stare, or an autograph from their favourite personalities.

Names like Spencer, Suggs, Weller, all were cheered like pop stars from start to finish. The only thing I can compare it to was Soccer Aid, the charity football match held at Anfield every year, where pop stars, actors, celebrity chefs all congregate for a similar gathering between old footy masters and celebs. However, this has taken it onto a different level. Even my own son tried to explain to me how much better these players would be than the old pros. When I disagreed with his comments, he looked at me like I'd just come from outer space and duly informed me that I knew nothing about the game!

Check out Joe Wellers account on how closely marked by Jamie Carragher he was! Makes for good watching! Click below…