Moral of the story 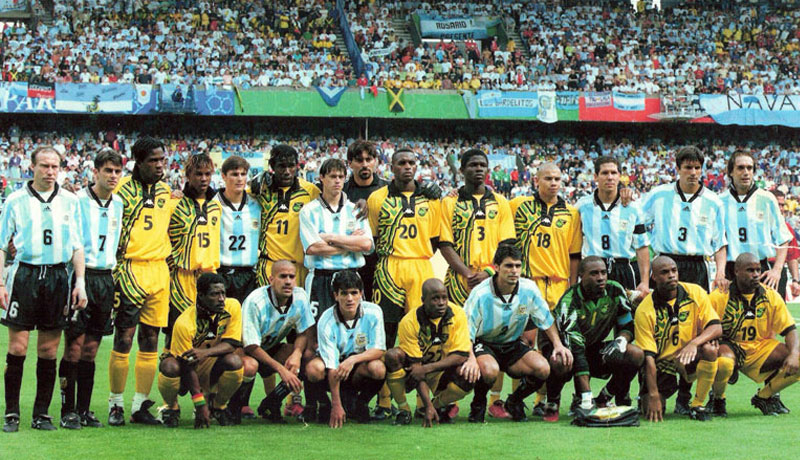 Being an ex-player has presented me with the luxury of personally knowing a lot of the celebrities that we work with. For my part, knowing these guys always ends up with one of us regurgitating an old story from yesteryear that we thought was doomed to the history books.

One celebrity in particular jogged my memory at the last event we put on at Wembley Stadium. Just seeing his face made me recall a story where we could nearly have got us all killed!

Frank Sinclair, played in a team with me on one of our greatest adventures of both of our playing careers. This team pulled and pushed for each other. We practically lived with each other over our World Cup qualifying campaign. We knew how to fight for what we wanted and we had something quite special as a group of young, ambitious men. Playing for Jamaica was a new experience to us all. Always being the underdogs, we were always swimming against the tide. We were tested on most occasions, and came through with flying colours when the going got tough. Being in such a pressurised situation, we needed downtime, so we'd go out for a few drinks for a little bit of social relaxation. The only drawback with these unified timeouts, was that anytime Frank would get slightly inebriated, and burst into song, which always consisted of 'Stand by me!' He would always try to get everyone to sing it too.

To cut a long story sideways, we qualified for the 1998 World Cup Finals. The country went football crazy! We were kings for that particular time. And on the night of qualification, we all decided to go to Kingston's top nightclub, Asylum.

Now this is a nightclub where some of the hottest musical talent in Jamaica attend. This is also a place where, to put it mildly, unsavoury characters would frequent. There's a sign over the main door saying no guns or knives. This would never bother us, as we were cool with these guys and after all, we'd just qualified for the World Cup Finals! What could go wrong?

We're all in the club dancing to the music and celebrating our success and giving each other a pat on the back. We notice that Frank has gone missing. What we didn't know, was that Frank had proceeded to go to the DJ booth, scratch the needle off the record that was playing at the time, and proceeded to sing 'Stand by me' through the microphone! The whole club was still, and no one was moving. All we could see was Frank, pissed as a fart with the microphone, belting out and destroying Percy Sledge's biggest hit in the middle of Kingston's top nightclub, with gangsters looking on.

Now this could've gone 2 ways. Death by Jamaican gangster who was unhappy at Franks choice of song vs his, or because we were immortals for that night, our lives would be spared. Luckily for us, it went the way of survival. Only because we had qualified for the World Cup that night and we literally had the key to the city.

Moral of the story, go drinking with Frank- Hide the mike ;)